Some say that Jesus is disqualified from being King of the Jews because He’s in the cursed lineage of Jeconiah. This video explains how there are actually two different Jeconiahs,one of whom was cursed, and the other was not cursed. Jesus is in the lineage of the Jeconiah who was not cursed. Therefore the curse of Jeconiah does not disqualify Jesus from being Messiah, or from sitting upon the throne of David. The Jeconiah who was cursed in Jeremiah 22 was the grandson of Josiah, and had only 1 brother. But the Jeconiah who is in Jesus’ genealogy was the son of Josiah and had plural brothers. Most people don’t think about this though because they haven’t fully researched the topic. When people say that Jesus is in the cursed lineage of Jeconiah, it is either because they are being dishonest, or because they have not researched all the history surrounding Josiah’s sons. Obviously if 3 of Josiah’s sons had their names changed, then you’d want to question whether the firstborn had his name changed as well. Daniel and his men lived during the reign of Jehoiakim according to Daniel chapter 1, and they had their names changed too. So of course you should consider Johanan might have had his name changed too. Many apologists have accepted the lie that the genealogy in Matthew is cursed, but they say that it doesn’t matter, because that’s Joseph’s genealogy, and Jesus was not biologically Joseph’s son. After all, the curse of Jeconiah only affects the biological descendants, right? But the genealogy in Luke was through Mary. And Jesus was biologically her son. And Jeconiah isn’t mentioned in the genealogy in Luke. 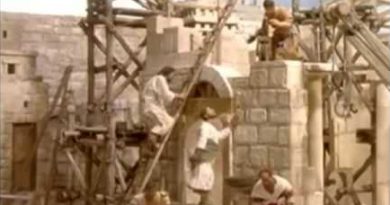